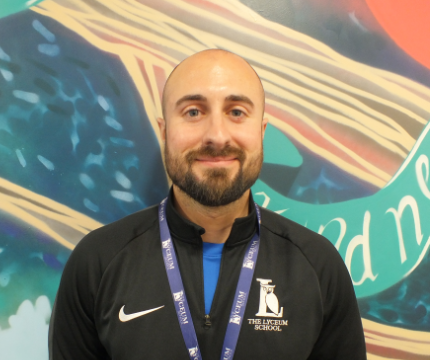 Mr Lopez was born and raised in Jerez, Spain. From a young age, he loved sports including football, tennis and athletics. Mr Lopez became champion in the long jump in Andalusia (a southern region of Spain) in 2005 with 6.12 metres when he was 17 years old; he then went to compete at the National Competition in Madrid but unfortunately wasn’t so lucky this time.

Naturally, Mr Lopez chose to study sports at university and combine this with his other passion – teaching. He gained a BA in Education, specialising in PE. A few years later, wanting to improve his English, Mr Lopez decided to leave Spain and move to England. He has been teaching Spanish in the UK since 2014 and Sports since 2017.